The More Subtle Signs of Depression

The signs of depression aren’t always obvious. Although symptoms such as intense and prolonged periods of sadness, feelings of hopelessness, and loss of interest in previously enjoyed activities are the most commonly mentioned behaviors by doctors and the media, there are times when the mental problem is subtler than usual. This presents a challenge for both mental health professionals and patients in identifying depression as the cause of their woes. 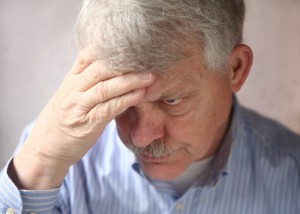 Here’s a look at some of the more subtle symptoms of depression, which should hopefully help you determine just when it’s time to seek help.

Irritability and Lashing Out

Depression can sometimes manifest itself in bouts of anger or irritability, which can be a sign of a more serious level of the illness. Consistent feelings of anger and hostility is also linked to other mental issues, such as anxiety.

Although irritability is what shows at the surface, it comes from other emotions that include frustration, sadness, and helplessness. If you find yourself lashing out at your family and friends—people you normally wouldn’t yell at—it might be a good idea to get yourself checked.

It’s common to have problems concentrating from time to time, but when you find yourself with prolonged bouts concentration difficulties that affect work and your relationships, you could be suffering from something worse like depression.

What’s interesting about concentration difficulties is that while people don’t normally associate it with depression, it’s often the reason that prompts people to seek help. We believe it’s because problems in concentration are harder to hide and have a more direct impact on your life.

It’s normal to feel guilty about something you did, but deeper, more severe feelings of guilt are often a manifestation of depression. In the depressed person, the guilt consumes almost all aspects of life, leading to a hyper critical view of the past and seeing only failures and mistakes. Even things that shouldn’t be seen as mistakes—like being born—are seen as something to be guilty about.

The subtle signs of depression deserve as much attention as the illness’ more common symptoms. Talk to a friend or family member, or better yet, talk to a psychologist to get to the root of the problem.