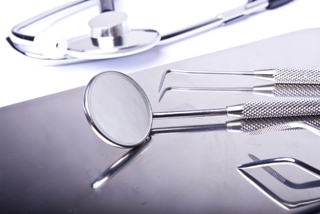 If you are planning to have a dental work for aesthetic purposes, it might be best to visit a health psychologist in order to ensure your satisfaction before going through such a dental procedure. This according to the findings of a study conducted by a team of researchers form King’s College London in the United Kingdom and which was presented during the annual conference of the British Psychological Society’s Division of Health Psychology.

A total of 60 patients were recruited for this study who were asked to complete questionnaires aimed at assessing their satisfaction with their appearance, both before and after the dental procedure. They were likewise made to answer a questionnaire, which was a short version of the Big Five personality test, before actually proceeding to their dental procedure.

Impact on Both Patient and Dentist

These outcomes are very significant for the dental provider and more importantly for the patient. In cases like these, a patient may avail of the best dentists and the most advanced techniques or components, yet satisfaction will still be difficult to achieve. On the part of the dentist, the reaction of the patient can be very discouraging knowing that the best efforts were given.

This knowledge as derived from this clinical trial will be of great value to the patient and to the dentist. It will be to the best interest of the dentist to encourage the patient to see a health psychologist first before going through with the dental procedure. It is imperative that the patient goes into the aesthetic operation with a favorable perception or satisfaction level of his or her appearance. It is within the competence of the health psychologist to apply the necessary steps in making possible changes in attitudes or perceptions.

This becomes very important especially to patients who may have a tendency towards neuroticism, according to the lead researcher of the study. It might be best to hold off any dental procedures until such time that these negative perceptions or feelings, at least in the matter of appearance, may be resolved. In some other instances, the health psychologist may do a lot by reinforcing the positive attributes of the patients both before and after the aesthetic dental work.